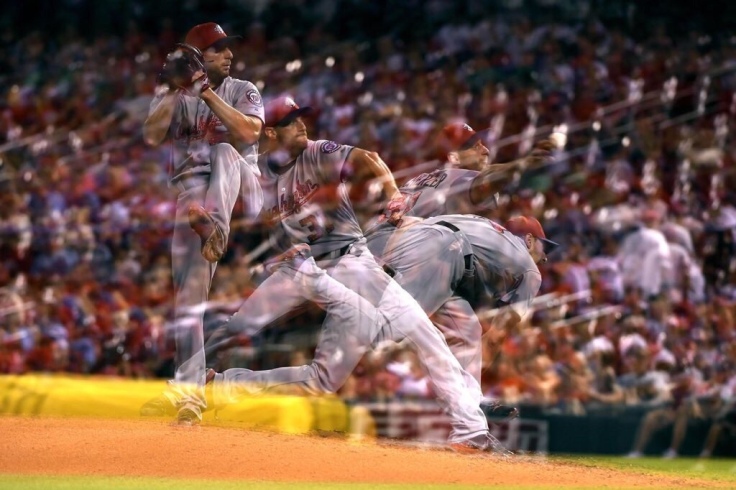 Perfect 10s. Numbers so incredible, they were used to support Cy Young campaigns. Marks so high they undoubtedly served as a foundation for countless fantasy baseball championships. While these numbers constitute outliers, they still happened. It is recognized that these stats are atypical for a pitcher to achieve at the culmination of a season, but they represent the best possible values for an individual player in a standard rotisserie league.

Continuing with the mission to give you relatable projections to help build your fantasy team (first outlined for hitters here in Benchmarking the Projections), presented below are benchmarked projections for pitchers, both starters and relievers. To refresh your memory, the projections were compared to the average league category leader occurring since the introduction of PED testing. Seasons like those listed above form the measuring stick by which the projections are compared to. The list is color coded so you can easily separate the good from the bad numbers.

First, here are some takeaways:

Below is the top 90 benchmarked pitchers sorted by a five category average that is weighted by the projected innings pitched. If you prefer to sort and filter the data, please have fun with the spreadsheet (link below). This sheet includes another 260 players and will be updated throughout draft season.

Initial Values Below (as of March 10) 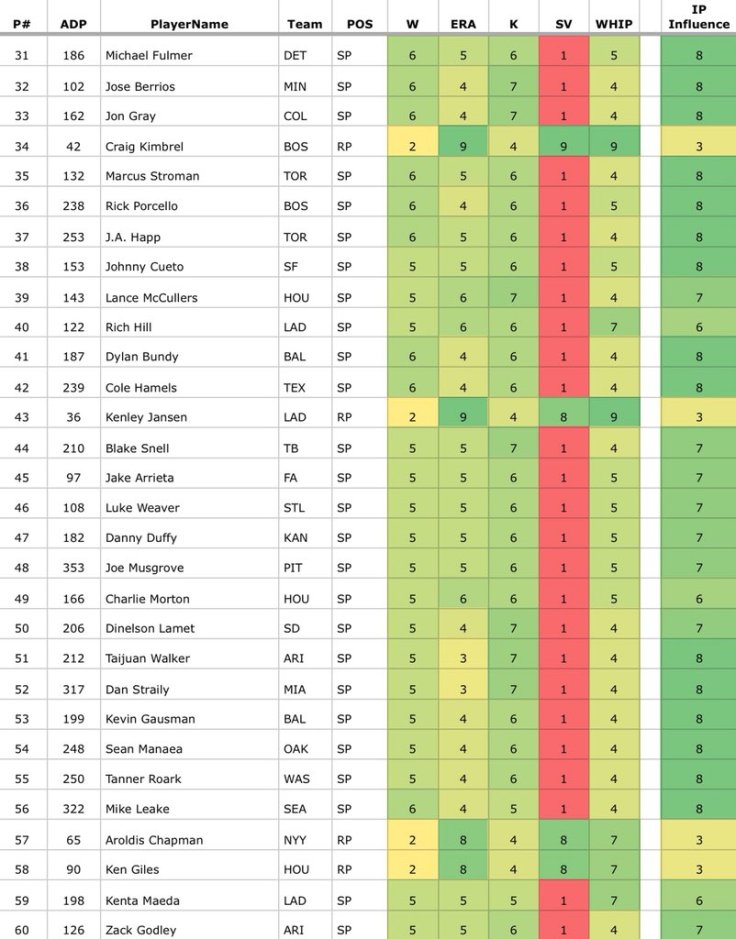 Note: The underlying data is from RotoChamp‘s composite blend which includes the RotoChamp, Davenport, ZiPS, and Steamer Projections.